Our Favourite Players of the 1990s

The 90s was the era of baggy kits, razzmatazz and some wonderfully talented players – we take a closer look at three who etched their name into footballing history. 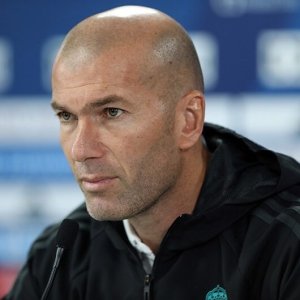 The Frenchman was so elegant and graceful to watch, cinematographer Darius Khondji decided to train 17 cameras on the former Galactico over the course of a single match for Zidane: A 21st Century Portrait.

The 90-minute Zidane-a-thon is probably not one to Netflix and chill to, but by god it’s beautiful.

Don’t mistake Zidane’s grace for weakness. He was both beauty and beast. With the ball at his feet, Zizou was mesmeric – technically exquisite, improbably balanced and deceptively quick.

He displayed all these skills with unnerving calm, no matter how many would-be tacklers tried to hound him out of possession.

As unflappable as he seemed, the 6ft 1in playmaker had his buttons and when they were triggered he went full Hulk.

The 2006 World Cup encapsulates the flair and fury paradox simmering within Zidane. Aged 34 he came out of retirement and captained Les Bleus to the final with a string of inspirational performances that earned him the player of the tournament award.

But in the championship game, Marco Materazzi wound him up so much that he reacted with a thumping headbutt to the chest. He was sent off and Italy went on to lift the trophy.

But, hey, so what? He’d already won it in 1998 – scoring two goals in the final as France defeated Brazil on home soil.

Two years later he lifted the European Championship trophy and won the player of the tournament, again. Zidane’s success at club level was equally impressive as he won a stack of major honours with Juventus and Real Madrid.

Sir Alex Ferguson once accused Zidane of style over substance – if scoring two goals in the World Cup final wasn’t enough, he also scored one of the greatest goals of all-time for Real Madrid in the 2002 Champions League final. Sorry Fergie, but you were wrong. 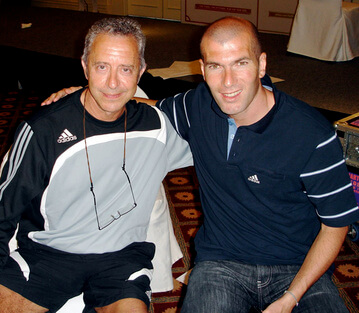 Imagine a player with Cristiano Ronaldo’s athleticism and Lionel Messi’s dribbling ability. Seems improbable, right? How could a human being with such supernatural powers be of this world? Well, at his peak Ronaldo Luís Nazário de Lima was this godlike beast.

In spite of his injuries, the Brazilian managed to score 350 goals in club football and 62 in 97 appearances for his country.

Wearing the colours of Cruzeiro, PSV, Inter Milan, Real Madrid, AC Milan and Corinthians Ronaldo won a number of titles, but it was his solitary season at Barcelona and his achievements with the Brazilian national team that best represent his extraordinary talent.

After scoring 19 goals in 21 games and winning the Dutch Cup during an injury-plagued season with PSV he joined Barcelona in 1996 for a then world-record £13.5 million.

Playing for Sir Bobby Robson he netted an astonishing 47 times in 49 appearances, helping the team win the Cup Winners’ Cup and the Copa del Rey.

At the end of 1996, aged 20, Ronaldo became the youngest player to win FIFA World Player of the Year. He won it again in 1997, along with the Ballon d’Or.

His performances during this campaign were electrifying. Picture this: A vehicle with the power and build of an American muscle car and the speed and handling of an F1 racing car. These physical gifts were complemented by skills more at home on the school playground and a shot comparable to a canon.

Incredibly, Barcelona sold Ronaldo to Inter Milan the following season where he continued to reign supreme as the world’s best player, but injuries began to take their toll and he never managed to replicate the stirring performances he produced in Catalonia and Italy.

But he did come back from the disappointment of the 1998 World Cup final defeat and a career-threatening injury suffered in 1999 to win the World Cup in 2002, claiming the Golden Boot as top scorer with eight goals.

Before his career fizzled out, before his namesake Cristiano became one of the best players of all-time, before he was ridiculed in retirement for being overweight, the O Fenômeno (The Phenomenon) was unstoppable.

A video loop of the Dutchman’s sublime hat-trick goal against Leicester City in 1997, entitled ‘Ice’, wouldn’t look out of place in a contemporary art installation.

It was a goal that encapsulated Bergkamp’s unique skill set. Intelligence, a deft touch and unnerving coolness.

In case you haven’t seen it, the ‘Iceman’ controls a lofted pass over his head from David Platt, before using his second touch to bamboozle Matt Elliott. With his third touch, he sets himself and with his fourth, he fires the ball into the roof of the net past Kasey Keller.

There are a number of goals that could be held up as the Arsenal legend’s masterpiece – the one against Newcastle from 2002, his chip against Bayer Leverkusen during the same season, the goal for Holland against Argentina at the 1998 World Cup, we could go on. Before he joined Arsenal in 1995, where he would finish his career in 2006, he was brought up in Ajax’s famed academy and given his professional debut by the legendary Johan Cruyff in 1986.

After he won all there was to win in Holland he joined Inter Milan in 1993 for £7.1 million. Bergkamp couldn’t settle in Italy and after two seasons he moved to north London in a deal worth £7.5 million – a transfer that helped transform the club.

Once Arsene Wenger was appointed as manager in 1996 and made the Dutchman the fulcrum of his attack, with an emphasis on dynamic, possession football, Bergkamp came into his own.

He combined a winning mentality with exquisite technical ability that drove the Gunners towards success during 11 trophy-laden seasons in north London.
Bergkamp will go down as one of greatest players in Premier League history.

If you enjoyed this post have a read of our 80s favourite players.